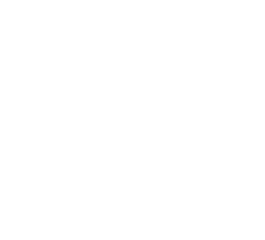 Moxy Anne and Sydney Ellen have a musical chemistry that’s impossible to deny. Despite rumors that they grew up together, Moxy and Sydney actually met in early 2012 at ages fourteen and sixteen when they formed their first band together, an all girl experiment called The Raveyns. Though both of them were shy, they bonded because of their interchangeable style (black, sparkles, and leather), mutual love of classic rock (Led Zeppelin, AC/DC, Heart) and childhood dreams of conquering the world with their music. Then, by honing their music with similar passion for the new and shared respect for the old, they became best friends.

In 2013, Moxy Anne ventured into her own solo project, which swiftly became a band only after she asked her first choice, Sydney Ellen, to join as her permanent guitarist. Moxy and The Influence (MXI) was born out of the shared drive of the duo. They powered the group together through two EPs, multiple singles, three professionally produced music videos, an international tour, and dozens of tours and festivals. One particular favorite of theirs was the acoustic shows they performed in venues like high schools, coffee shops, ice cream parlors, national conventions, live events, and even the Orange County Fair. They learned to work as a well-oiled machine; since the MXI days, they have always been drawn together through music.

Though the former band members took time off to live life and pursue different passions, MXI never stopped getting fan messages and formal performance inquiries. Eventually, the girls thought, “Why not just have fun together playing what we love?” Since their start in 2012, countless people had noted the resemblance between the duo and the iconic Wilson sisters of the 70’s rock band, Heart - especially when the girls blew the roof off venues with their live cover of “Barracuda” or wowed audiences with an acoustic rendition of “Crazy On You.” In 2019, inspired by the icons who helped forge a path for women in rock n’ roll, Moxy and Sydney formed Heartless The Duo to perform Heart music, popular covers, and originals.

Moxy Anne and Sydney Ellen are each other’s biggest supporters, featuring one another in their own prominent solo releases and performances, helping and advising each other behind the scenes, and even (occasionally) doing normal things like getting Panera and watching Grey’s Anatomy. They play together because they love music and they love each other; after seven years, they’re pretty convinced that their friendship will never die.